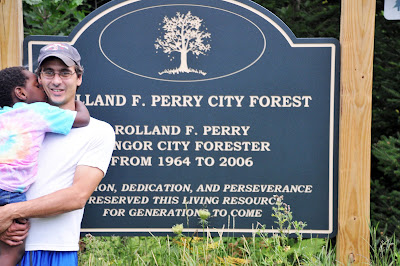 Perhaps I should have called this series “Exploring the Bangor Area”, because it seems that we have no intention of going anywhere else this vacation week. When I chose to move to Maine, I did specifically want to move to Bangor. It’s just taken me 11 years to do so ( I have lived about an hour outside of Bangor for the past 11 years). Now that we are finally here for good – we have whole new eyes for the place. I think because it took us so long to get here, we are just now able to fully appreciate all the area has to offer. 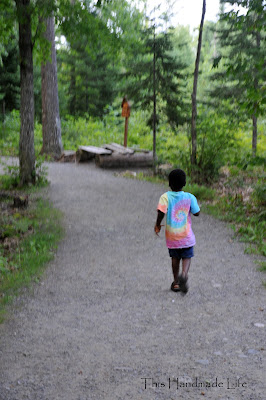 Daddy suggested a walk through the City Forest as well as a trip around the Bog Boardwalk. Our new house actually sits on some of the acreage that is attached to the bog, so essentially, Daddy suggested that we check out our own backyard – literally. I had other ideas in mind, but Halis is very into the “exploring” thing lately … I am very into my new camera … and Isaac is very into looking for trolls and fairies … so its all good. 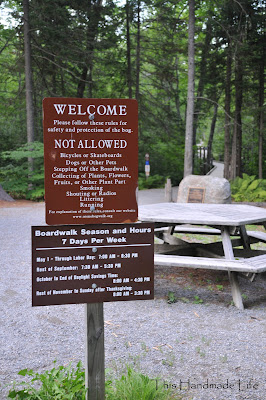 I had no idea what a “bog walk” was … but apparently it is a wooden boardwalk that takes you through (above really) a lush, thriving, bog-ish body of water … full of incredible foliage, berries, and wildlife. I really need to learn more about this natural habitat so that I can adequately explain the wonder of it to my unschooled son … and not call it a “bog-ish body of water”… especially since we live directly in front of it. That will come later … 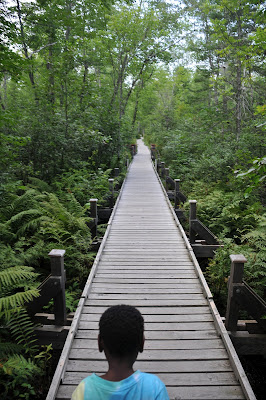 Anyway, during this walk, I couldn’t help but to think of a local television news piece regarding the recent increased sightings of black bears in the City Forest/Bog. The news anchor expressed concern about the increased sightings, stating that several patrons of the park were frightened by the animals. This tickles me greatly … first because black bears are relatively harmless and second because the reason those bears are making appearances in the area is because my parents feed them (remember that I live on my parents land). My parents are very much against bear baiting (when hunters feed bears in the same area for long enough to make the bears comfortable and then shoot them when bear season opens) … so they do a little “bear baiting” of their own … and bait them into a safe zone. I love it. 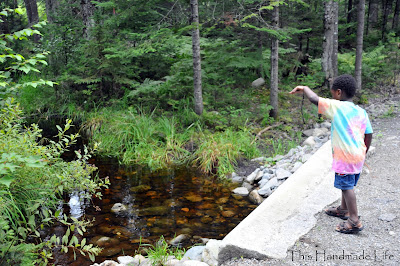 We didn’t see any bears though. But we did find some very cool streams for throwing rocks into. And several benches for resting a while to tell some tall tales about the fairies, trolls and other magical creatures that dwell in our city forest. 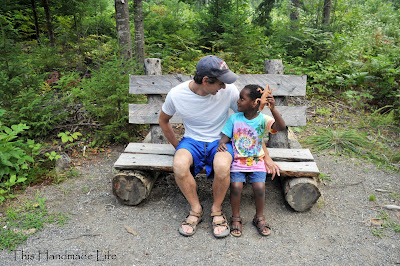 Another great day in our favorite little city… the home of The Senior League World Series … the American Folk Festival … Stephen King … and the best sub shop in the United States … among many other things.

Are you enjoying the wonders of your little space in the universe? We hope so … and we’d like to here about it.