Ok, so I don’t do New Year’s Resolutions … but this year, I was totally open to doing a New Year’s Project. At first I thought I would do some sort of a photography project … then I realized that that is basically what I do for a living now (see this) … so I wanted something that stretched my brain a bit more.

One night, I picked up my copy of “I Like You: Hospitality Under the Influence” by Amy Sedaris … and a lightbulb went off in my brain. YES! (I said to self..) YES! I WILL COOK, AND ENTERTAIN MY WAY THROUGH THIS ENTIRE BOOK OVER 2010. AND I WILL BLOG ABOUT IT. GENIUS! 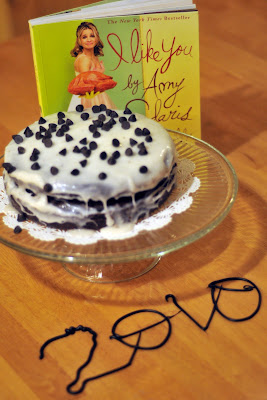 So, I made the Chocolate Cake recipe on page 58. Then I called my friend Missy to tell her about it. I was so excited. Her response was that she figured my energy for this idea would last about a month. (Aren’t friends great?). And then she told me about Julia & Julia. I was deflated. Apparently my idea has all been done before. Of course I know that there is rarely anything new under the sun … so I was fine with this all being done before … however, I was deflated by hearing that a major motion picture had been made about the true story of a woman who blogged her way through a Julia Child cookbook … and that nearly everyone in America has heard about it. This would mean, that if I went ahead with my idea, I would seem to be riding on the coat tails of someone else’s idea … and not my own. I hate that. I am ORIGINAL, DAMN IT! I can’t help it if my genius was stolen even before I got to it! (breathe, Jodi, breathe). 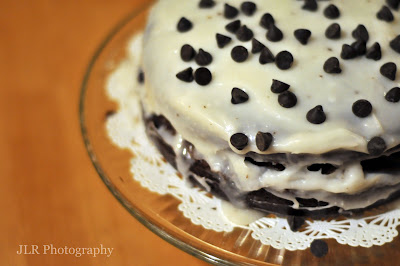 Anywhoo — To heck with it — I am doing it anyway. I think Amy Sedaris would approve. In fact, I think she would be proud that someone took on this pop culture “cook & blog” idea with a bit of sass and a bottle of whiskey (she highly recommends drinking while cooking. I agree. Cooking sucks without it).

And if anyone else out there has decided to blog their way through Amy’s book — I SO thought of it first. And my Dad is bigger than your Dad. So there.