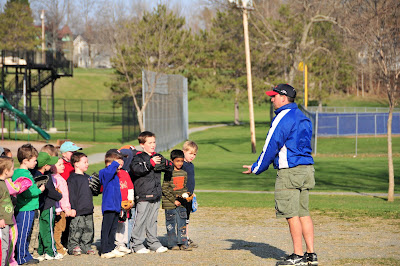 What a transformation in the relationship between parent and child. This was Isaac’s first time being taught by anyone other than his Mommy or Daddy. The first time he was sent off into a group to learn, share, play and communicate entirely on his own. It was a bit scary for me… and maybe for him.
Because there were so many kids at this first day of practice, Daddy wanted to stand by Isaac (as other parents did with their children) in order to walk him through his very first group experience. However, I was set on letting Isaac find his way through it without our help. But after a few bouts of utter chaos, and a look of fear on Isaac’s face, Daddy decided to walk his little man through the practice. This turned out to be a good idea, as one particular kid kept shoving Isaac … and Daddy gave him a bit of a talking to. 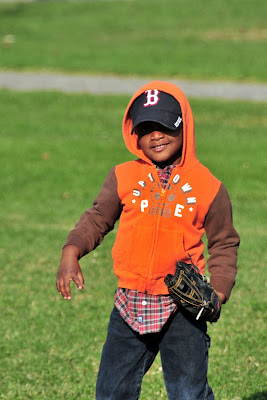 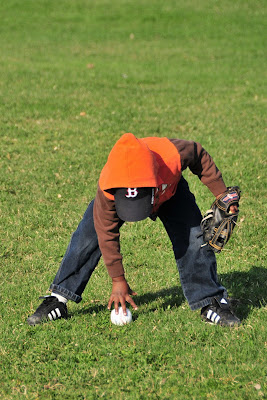 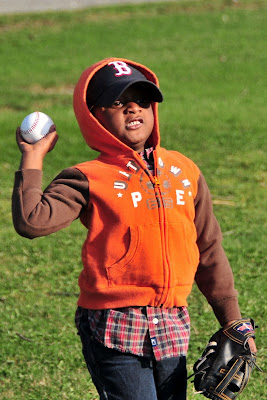 Anyway – it seems that many parents prepared their children for this first practice and “assessment day”. In order to create teams, all children had to be assessed for their skill levels in various areas of baseball (throwing, hitting, running, etc). I had no idea about this – as I thought Isaac was going to be taught everything he needed to know by his coaches. Well – believe me – there were those competitive parents who must have been practicing with their 4 year-olds for months in order to have their kids rated at the highest levels. I even heard one Dad angrily shout… “I told you, look me in the eye when I am throwing the ball to you!!!” Wow. Ok. That is so not us.

So – our kid looked like a bit of a doofus. He had no idea what he was suppossed to do in any of the areas of assessment. (I guess watching Disney’s Chicken Little and various Red Sox games did nothing to help his understanding of the game). But he was smiling! And Mom & Dad kept telling him how great he was. 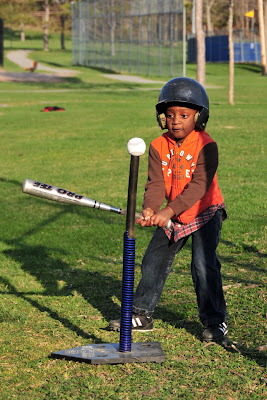 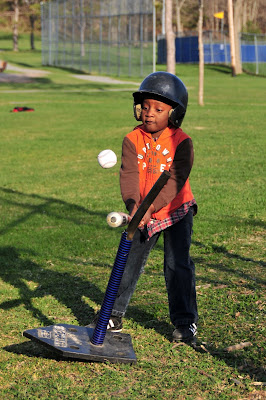 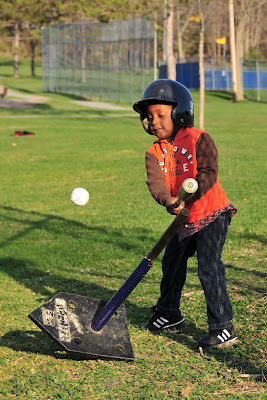 When it was time to hit the ball off the T – Isaac would slam the T instead. When it was time to run the bases – Isaac would just run around chasing the other kids in an effort to play tag. When it was time to catch the baseball – Isaac thought it was fun to just let it roll between his legs. Good times. But by the end of it — at the very last assessment —and due to our loving instruction — Isaac slammed the ball right off the T in what might have been a Grand Slam hit were he in the middle of a game (Ok, maybe not – but at least a single). And he was proud. And hungry. And done. And wanted Home now. And so did we.

So now we are a baseball family. At least for the next couple months. And Isaac will learn much while playing this sport — that which I cannot teach him at home: commitment to team, teamwork, sportsmanship, respect for Coach, etc. This is good. But let me tell you — if that kid shoves my baby again, I am so going to kick his Mama’s ass — good sportsmanship be damned.
Love,
Jodi
Tweet