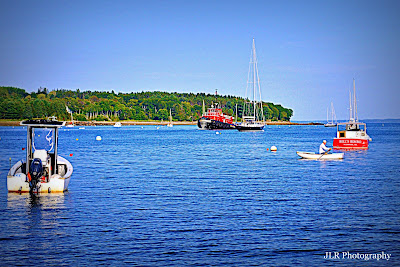 This morning, as my husband woke me for the day with a kiss and a cuddle, I slowly opened my eyes, looked up at him with a smile and said, “Hey babe …….. I got to see sharks.” With a sweet, knowing grin he replied,”That is great babe.” Just about every morning that he wakes me, I tell him a line or two about the dream I was just in the midst of having. And today’s dream was a favorite. I got to see sharks.
I have always been absolutely fascinated by sharks. My earliest memories of my childhood library was of searching out the shark books — then sneaking off to a corner with a pile of them to read in secret. My Mom has always had a major phobia of sharks, the ocean, and nearly anything water related. So, to read about sharks with admiration was a very guilty pleasure. I enjoyed reading about their breeding habits, the crushing power of their jaws, the crazy contents that have been found in their stomachs, etc. I knew that one day I would become a Marine Biologist and would one day swim among these animals. And though my love for sharks waned a bit when I discovered Killer Whales, they were always in my thoughts.

At 18, I took scuba diving lessons. I was fresh out of high school and not yet committed to college, so I took other steps to prepare me for Marine Biology and my future adventures with sharks. I did wonderfully in my scuba classes. I aced every underwater exercise and written exam. However, it was those very sharks that I loved and admired that kept me from completing my open water training. I tried. And to be fair, perhaps my head cold was to blame … but when we took the boat out to open water to complete our underwater exercises in the bitter cold Atlantic … I failed. Though I did have a sinus issue that kept me from being able to go down as deep underwater as my classmates (pressure issues) … I also had the voice of my mother in my head … who that very morning had told me that she hoped I would fail so that I wouldn’t get killed by sharks while diving in the future. And that voice was LOUD. So, when my instructor told me to swim to shore to take some Sudafed so that I could try again later … all I could think about was those sharks that might possibly be swimming just underneath me — waiting to snatch me as I swam back to shore. Moms’ words have tons of power. I never did try again. That was my last diving experience … and my greatest regret.

I still think of sharks often … with a mix of admiration and fear. I have continued to read about them over the years and try never to miss a Discovery Channel Shark Week. Then one day, out of the blue, I received an e-mail from the Humane Society of America titled “Help End Brutal Shark Killing in Maine”. As I read it, I discovered that there would be a Downeast Maine Shark Tournament at the Camp Ellis Pier in Saco, Maine on August 28-29. The Humane Society wanted me to protest such an event … but I was too fascinated by the prospect of seeing sharks up close … and wanted to take the family out to watch these fisherman bring their trophy sharks up to the pier. Sure, killing sharks is not ideal to me. But my curiosity was too hard to resist and Halis, Isaac and I planned to attend (I am sure this is not what the HSUS had in mind when it sent me that e-mail). But — sadly — we were unable to attend after all. Halis had conflicting plans and I was not about to hang out on an ocean pier with a 4-year old by myself (3 hours from home to boot). Needless to say perhaps, but it really bothered me that I couldn’t go. I am hoping for next year … and I am telling myself that sharks are fish … I eat fish … so seeing dead sharks won’t trouble me anymore than seeing the dead Salmon on my dinner plate.

This past weekend I had on opportunity to visit Belfast, Maine again (just 45 min from home). My Dad, Isaac and I went to the working pier there with the intention of collecting some seashells. BUT the ocean called to me … as it usually does … so – dressed in blue jeans and a fairly “dressy” top … I dove right into the water and swam among the boats pictured in the above photo. Dad and Isaac stayed on shore while I swam, floated and chatted with seagulls perched upon various boats and rocks. Oh how I loved it. And then just as I was beginning to feel a bit more adventurous … I thought of that LOUD voice again … the voice of my mother … and I thought of those sharks that she swears are always in waiting to eat me. I tried to fight that voice. I swear I did. But it is powerful … and I quickly (and reluctantly) swam back to shore … KNOWING that one day I would defeat that voice. One day I will frolic in the ocean for as long as I want … without worry or fear … without defeating voices. I am almost as sure that one day I will also finish my open water scuba exam. Halis believes it at least.

Perhaps my next underwater adventure will be to go out on one of these Maine shark cage trips. I’ll be sure to bring lots of Klonopin and maybe a dose or two of Valium. That should keep Mom’s voice away.

Until then, I dream of sharks. Happily.