It’s a bit of a long one. But I will try to make it short. 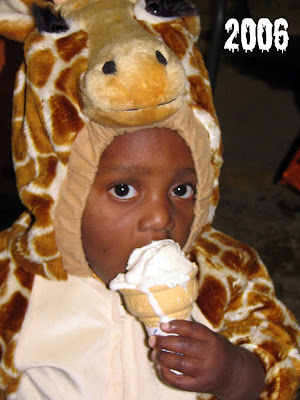 Isaac wanted to be a ghost for Halloween this year. At first, I thought this was a great idea. So, we bought the white sheet at Goodwill … along with a long-sleeved white shirt. I was prepared to sew this costume up in a jiffy and have Halloween only cost $3.99. Hooray, right? Well, later I would realize that if he were wearing a white sheet to any of his many Halloween parties he would have to take his entire costume off to eat or to participate in any of the games, etc. Perhaps a ghost was good for Trick-or-Treat, but not so good for anything else. 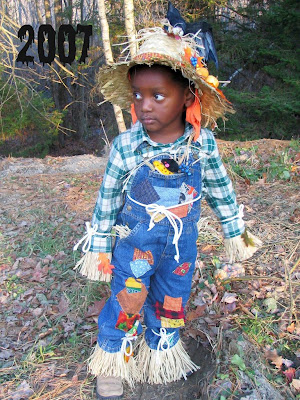 However, Isaac was set on being a ghost for everything. So, as I often do, I sought the wisdom of other Moms in figuring out how to create a ghost costume that was more versatile. On a random trip to our local library, I asked a librarian about what she thought I might do so that Isaac could wear a ghost costume to their annual library party and still participate in activities. She sweetly and thoughtfully suggested that I make his costume in two parts. She told me to sew the sheet so that it draped around his body beginning at the shoulders … create holes for the arms to go through (he would be wearing the white shirt) … and then create a ghostly hood (yes, she said hood) for his head … complete with eye holes … that he can take off when it is time for games or eating. She went on to suggest that I also paint his face white so that when he took the hood off he would still look like a ghost. Now … if you aren’t laughing or mortified by this point … please take a good look at my son … and conjure up an image using the following words: black boy, white sheet, removable hood with eye holes only, and white face paint. Think about it. I looked at the librarian for a moment, looked back at my son, then turned to the librarian and gave her a look that must have said, “Seriously?”. She then thought about all the advice she had offered and quickly said … “Oh my goodness. Wait a minute. Don’t do anything I said!” Bless her heart.

For days after, I continued to ponder how in the world I could make this ghost look more ghost and less “triple K”. I asked Isaac if there was anything else in the world he would like to be for Halloween. Each time he firmly replied “No.” I then went back to Goodwill and found the coolest EMT/Firefighter jacket for $2.99. When I brought it home to him I told him he could be a “Rescue Man” for Halloween. I grabbed a stethoscope, ax, badge, and flashlight from his dress-up box and proceeded to show him how cool he could look for Halloween. He loved it! The only thing missing was his firefighter hat. We knew it was somewhere (as he had just recently worn it) and assured him that we would surely find it before any of his Halloween parties.

The day of his first Halloween party came and … no hat. We couldn’t find it anywhere. We had no time for shopping, so I told him that we would surely find it before his second party. He was fine with that … and enjoyed his party. 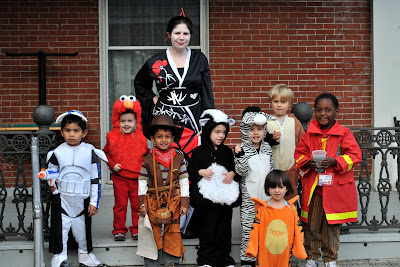 An hour before his second party, we combed the area (both our home and area stores) for a firefighters hat and came up empty. Isaac absolutely wanted something for his head, so we checked out the new Halloween store (creepy, creepy, creepy) … and after much searching … we decided that Isaac would wear a wig with his costume. At the wig wall – I suggested he pick one out that made him look like a Man … like Daddy or his Poppy. He then chose the long brunette wig that came with the ‘Naughty Nurse’ outfit. Hmmm … “Um, buddy, we don’t need to buy a whole outfit … just a wig. Can you check these out? (pointing to the male wigs – not that I have any problem with transvestites : )” He then chose the Napolean Dynamite wig because it came with glasses. Ok. That works. 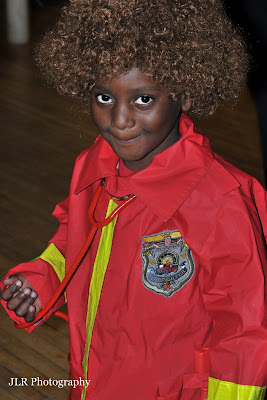 I’ve got to tell you — every time I looked at him while he wore that wig — I laughed so heartily that Isaac would get the giggles too. What a riot. His second party was so much fun (thanks to Barbara for the invite). There was a gypsy who read palms … a haunted house to walk through … an egg & spoon obstacle course … and bobbing for doughnuts (Isaac’s fave) … 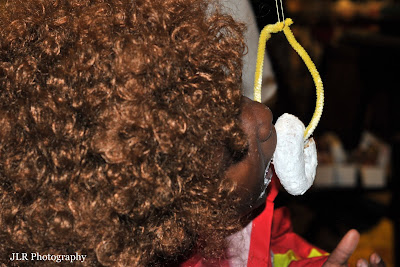 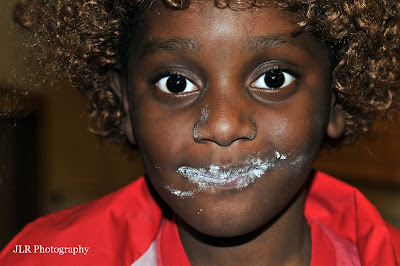 His wig was a big hit. Someone actually thought it was his real hair (I am not sure what their alcohol intake was). His look made me laugh so much that I was getting pretty excited to take him out in it for Trick-or-Treat. When we got home — Daddy cracked up at him too. Knowing we would be seeing many friends on Halloween night … we began to really love the idea of this foolish wig. But then … Isaac found his original firefighter hat … under the couch … and it was all over. Ugh. Now Isaac wants Mommy to wear the wig and glasses for Trick-or-Treat. Not what I had in mind.
So – there you have it … this year’s costume tale. A long post to be sure … and if you are still with me to this point … HAPPY HALLOWEEN!

P.S. Show me your costumes too!. And while your at it, check this one out. Super cool!